Who would have thought that mashing buttons could actually transform bespectacled youths into salaried professionals with monikers that leave a lot of room for semantic debate? The surging eSports industry is upon us and so are the intricacies of gambling. Hitherto unprobed territories, placing wagers on the outcome electronic sports is making its presence felt so much that investors are hastily unfastening their purses, however stingingly.

Drawing a map of the landscape of Defense of the Ancients (Dota) 2 and item betting is not an easy undertaking. If we fall back to comparing it to vast water basins, then it is choppy seas at beast. To anyone with some interest in how betting laws in the United States work, it is a legal conundrum. 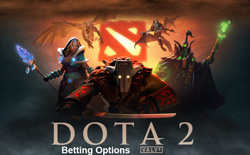 To the unwary observer, eSports and the associated betting that unfolds around glitzy events that entails may sound like a novelty. The tough cookies of Dota 2 betting know better, though. The following overview strives to furnish answers to some of the fundamental questions about betting on electronic sports betting, including:

A lot of Dota 2 betting in the works

What started as an opaque segment is nowadays is an industry, citing numbers that boggle the mind. Market research companies are compiling reports exploring the many dimensions of the next big thing. Newzoo produced an account of eSports viewership in the first half of 2017. Cumulatively, spectators logged 2.8 billion hours on Twitch.tv, with one fifth of that spent watching eSports. Rallying covetous spectators at the altar of the Golden Calf has proven an undertaking all too easy. And where there is audience, there is profit to be made.

Moving forward, we will focus on three idiosyncrasies of Dota 2 betting:

The way it works today, a number of well-established websites are offering online betting and real money on the triumphs and downfalls of Dota 2 eSports teams. For the most part, bettors are placing their wagers at established sportsbooks dedicated to online eSports gambling. Higher viewer numbers also lead to a sort of impatience during the limbo between major events, opening the sluicegates for incipient tournaments. In other words, gamblers move farther out like early settlers on a new continent, in search of new betting grounds. This leads to the point where the majority of bettors begins following Tier 3 and Tier 4 teams, which are obscure, and therefore an informed Dota 2 bet requires dedication, which translates into more viewings. A cool vicious circle, for a want of a better word.

In seriousness, Dota (2) has only been too happy to jump on the betting wagon. The game started out small on GosuGamers, an online media dedicated to covering eSports. GosuGamers not so much pioneered as propagate a version of wagering with virtual currency known as ‘tangoes’. This was later adopted and expanded upon by Valve, the creators of Dota 2, who introduced the so-called skins for their popular first person shooter (FPS) Counter-Strike: Global Offensive (CS:GO) in August, 2013. Dota 2 went its own way offering its fans a way of decking out their toons in one’s best bib and tucker, according to purchasing power.

But skins, as they are referred to, spurred a betting industry so vast that even legislation became leery of its implications and was quick to suspect jiggery-pokery. By one estimate, wagers placed in skins 2016 would have been worth $7.4bn, had it not been for Valve’s decision to put the smackdown on ‘illegal gambling’. Some $550m in cash wagers would have been placed, too, over the same period.

One of the major websites for Dota 2 betting was hit amid the flurry of excitement that seized Valve and detractors accused the company of facilitating (undearaged) gambling.

Dota2Lounge and Dota2 betting, lights out

Dota 2 betting today is not exclusively contingent upon skins, but we would be remiss not to go in detail about this aspect of wagering. Items and skins make for an easy exchange currency and one that betting enthusiast part rather more easily with then, say, hard earned money. Items are a good way of breaking in the rookie gambler and introducing them to the eSports Dota 2 betting dimensions. To the enthralled novice, the risk is negligible and the promise of wearing pretty vests and brandishing beautiful swords and staves is particularly tantalizing.

So complex is the nature of items and skins gambling, that the following breakdown may be proffered to anyone interested:

The following graph shows the market distribution of those types of bets and their associated estimated revenues: 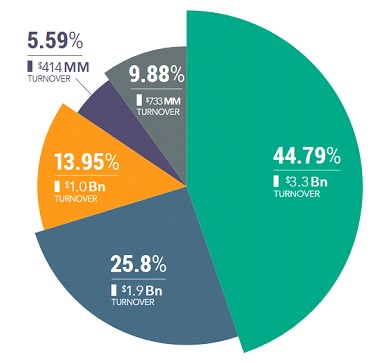 However, the realities of skin gambling today are a tad bleaker. On July 13, Valve issued cease and desist letters to the flagships of the Dota 2 skin betting community, DOTA2Lounge and its kin CSGOLounge. Both websites decided to introduce virtual coin bets instead, and at the beginning of 2017 DOTA2Lounge announced the introduction of a funding programme intended to offset the consequences of the betting saga.

A quick aside here, the argument against the twin sites was that they facilitated underage betting, which was partly substantiated when raucous parents sues Valve after their kids had lost thousands in dollars. While betting with skin may be starting to fade from the limelight, and no signs of recovery are on the cards. Still, it would be too soon to flick the light on the Lounges and their ilk.

Meanwhile, in a Dota 2 betting website far, far away

Amid a piling legal pressure in the United States, the best Dota 2 betting websites are unrepentant and operating at full throttle around the globe. The whole rumpus about types of Dota 2 betting is not so much of a brouhaha once you get the essentials. A general rundown of bets would like this:

The best Dota 2 betting websites out there are usually the ones that have a good variety of eSports to bet on already. Those venues, which often tempt the gods of legality, are well-frequented by punters and occasional enthusiasts alike.

Items betting may be waning, but money wagers continue to be placed and claimed throughout the intricate web of sportsbooks. More bookies are making tentative efforts to legalize this type of gambling as eSports are far from reaching their full earning potential.

DOTA2Lounge is however not the bad guy. Still, the website’s credibility took a big hit and partly dissuaded the laic society of bettors from wagering, proving to be a bit too messy when Valve actually stepped in.

How popular is Dota 2 according to Alexa Traffic Ranks. The site’s visits have been in a downturn trend since October 2016.

This overview of the betting industry in terms of websites actually sums up the trends in this burgeoning phenomenon. Item Betting Sites being hit today, are slated to lose their popularity. The vast majority of Dota 2 bettors will continue to flock to sportsbooks which offer real money odds, and crypto currencies will rear their heads shyly. Meanwhile, virtual betting sites will tread carefully, and focus on other aspects of the game, such as reporting events and providing added value coverage. And it is only natural that a few websites will play their rightful act as the underbelly of Dota 2 betting.

In passing, we ought to mention the fantasy eSports which was supported until recently by Vulcun and AlphaDraft, but both sites took heavy blows from US gambling watchdogs which had moved in to prosecute them over the two website’s alleged involvement in abetting gambling. At the end, Vulcun announced it is phasing out its fantasy league, and so a tempting and immensely original side of Dota 2 betting was sent into oblivion.

You know that eSports Dota 2 has become a real thing after watching a tournament, which is beamed to million people around the world, with professional commentators dressed in suites cracking the indispensable bad jokes that crown any sports event.

The Dota 2 professional competition scene is far from being mature. In fact, the game is changing so much so that Dota 2 may preserve its vim and vigour for years to come as it battles out difficult odds and tries to obtain approval from a larger group of people, a process that is already afoot.

Projects about eSports betting have been made since realization dawned on the faces of serious media such as Forbes and a handful of market research that this is going to be a well-heeled industry. Heck, Forbes even wrote a how-to piece on investing in electronic sports and teams breaking the whole shebang for would-be investors.

Dota 2 is however the godfather of eSports and gambling on eSports as we know it today. StarCraft II has long been cable TV in South Korea, but Dota 2 laid the groundwork for today’s intricate network of eSports, as we know it at least.

Grand events commanding handsomely generous awards to the tune of $23m have had the public in a state of enthrallment. In 2015, Eilers Research estimated that overall $23bn will be placed in wagers on eSports by 2020. God almighty, that is a lot!

Dota 2 has been a powerhouse for electronic sports through the world’s most attractive and respected tournament dedicated to the game – The International. 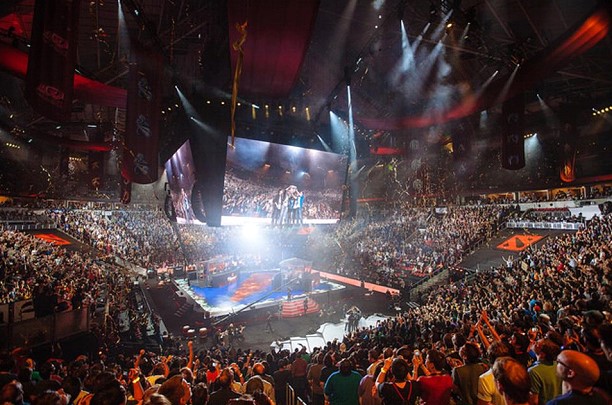 Today, the pillars of Dota 2 betting are incarnated in several large-scale events:

Tournaments and prize pools are constantly on the up, with no respite in site. Starting small, The International in 2011 offered $1m to winners, today participants vie for a total of $23m, and the sums are slated to increase next year. All the more glad tiding for Dota 2 betting and electronic sports as a whole.

Video games are rather a silly métier, no doubt about that. Parents look sternly at their children, society dismisses people who commit to them. So, Ben “Wu” Merlini a professional Dota 2 player, commentator a biomedical engineering graduate thought he’d get a degree first, grab a proper job, and then just leave it all for the more tempting prospect of ploying his craft as a gamer.

Dota 2 betting will only augment its popularity in coming years. Look at Amazon’s acquisition of Twitch.tv for almost $1bn in ready cash. Such is the popularity of services as Twitch.tv, beaming eSports events to coveting spectators that they are beginning to rival traditional media in terms of revenues and subscription.

Dota 2 betting and eSports will only grow in size and popularity, dwarfing their more physical brethren, sports, and humbling the majority of detractors. Listen and you will hear the steady march of a future where professional gamers are hailed as gods.