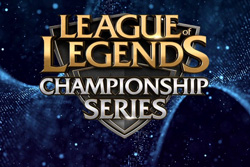 After dubious reports in 2014 that the sword-and-sorcery team game had reached 27 million daily players, Forbes suspected some tomfoolery was in the works. However fishy it all seemed, Riot had made a big catch and there was no tempering with the numbers. Rejoice!

League of Legends (LoL) had made an impression. Designed as an exclusively competitive title, the game has ever since been a propeller of electronic sports or eSports. With its proliferation on streaming networks as Twitch.tv and recently YouTube, the game also adopted and embraced sports’ forsaken brother, betting.

Shaping up as an underlying trend, LoL eSports betting has been embraced by all and sundry. Today, the monthly player pool of the game boasts the stonking 100 million habitués. Small wonder then dab hands would try to squeeze some profit out of the simulated carnage at the digital Coliseum.

When Riot games set out with League of Legends, the game was snubbed as a Defense of the Ancients (DotA), a popular MOBA predecessor, spin-off. It was indeed much disregarded by those calloused supporters of DotA, who shined their mocking grins at every bad turn of events Riot fell upon.

Despite a shaky start, Riot quickly patched things up, introducing a replay feature, ousting unreliable server carriers and introducing the League of Legends Championship Series (LCS), in the United States, Europe, and Asia. So, an initial depression was followed by the game quickly perking up and sending ripples well across the world, forcing big news outlets such as Bloomberg to report on what was going at the raucous pow-wow at Staples Center in Los Angeles in 2016.

All the cogwheels of the design Riot had set in place clicked, and the machine slowly lurched forward, steadily gaining speed as it trudged along. With the omnipresence of Twitch.tv and streaming services today, League of Legends has been the source of much amusement to many. Setting out to design an exclusively competitive game has proven a canny first foray that has ultimately attained its goal and turned the game into a trendsetter.

I, betting League of Legends

Let us stop a moment here, and take a deep breath before this vertiginous plunge into the bowels of LoL betting. Probing the depths unguided may quickly turn into rather an unpleasant activity. To this end, let’s outline the main types of bets punters could place on League of Legends:

Win Bets
These types of bets are self-explanatory. Punters plump for either one participating team and make offering at the mental temple of whatever deity they direct their prayers to.

Handicap Betting
Handicap bets or spread bets are a matter of mutability. The expression against all odds would timidly excuse itself here, as handicap betting sends all predictions about a match skidding off the road.

An example would be to try and make a specific prediction about the outcome of a match. For instance, would said team win against another team if the latter started with an advantage of one game.

Usually, in sportsbooks such matches are explained by adding (+1) after the name of the team. The opposite is also true. Would a given team win if they started one game behind, reflected in the tables as (-1).

Handicap may sway odds at a whim, but it also offers some room for experimentation to experienced bettors.

League or tournament winners
These bets test if punters are prescient enough to envisage who may win a certain event. This type of LoL bets are also called Futures. Adding to this there may be other bets such as how many games would a certain team win.

Live betting
With the massive viewership League of Legends boasts, it is a small wonder that placing a live bet would be among the more popular gambling options. Events garner attendees by the hundreds of thousands.

Bloomberg reported that the 2016 World Championships for League of Legends were broadcasted in 18 languages and saw 43 million unique viewers tune in. The global following of eSports truly accounts for numbers so heady that the balance of the heavens is faintly wobbling.

We have come at an interjection where examining the various available leagues falls due. League of Legends is teeming with wonders, but the creative fellows from Vulcun managed to introduce even more wonder.

Vulcun has known better times. In fact, Vulcun is now closed. Long live Vulcun, or its memory. But what is this chap wittering on about?

What is Vulcun?
The Fantasy division of the Vulcun league offered an exciting approach to betting on League of Legends online. While the league pitted imaginary teams against one another, the players were real. Punters were offered a chance to clobber together an imagined team whereby every team member’s personal changes of fortunes would influence the outcome of the team’s showing, and raking in profit in the process.

As bad news would have it, the league shut down facing mounting pressure from the judiciary who had taken a rather dim view of the occurrence of its electronic sports betting division.

The sole alternative to Vulcun to this day is Draftkings, which introduced a similar feature, most recently for League of Legends Championship Series (LCS)

In a single glance, the leagues and events active today are as follows:

Some particular bookies are running odds for other events as well, to wit:

LoL betting websites are expanding, but I have only mentioned the events covered by bookies that are actually licensed to carry out this line of work.

Today, tournaments abound, and there is plenty of room for betting on League of Legends online. Most betting, however, is intimately linked to the largest events around the game, awe-inspiring occurrences that beckon out to devotees to witness splashy magical clashes on big screens. Understanding how the game influenced electronic sports and betting, we need to consider the handsome amount of money in circulation. Let us have a looksee at several tournaments and what they have in store for League of Legends aficionados, both of the gambling turn of mind and the more straight-laced ones.

In big ways and small, Riot is making its presence felt in the gaming industry. The League of Legends Championships Series (LCS) is an event of a certain magnitude that has presaged the onslaught of the game in electronic sports. Introduced in 2011, the tournament bestowed onto the game certain gravitas and riches that would make any aspiring highschooler salivate at the prospect, including your writer who dreamed of the day when his name would be spoken in hush tones on the digital plains of existence.

LCS has proven a gateway for apt players to harden themselves, test their mettle and spill pixelated blood, preferably that of their sworn and hitherto unknown enemies. Interest in the event caused such a great deal of excitement that betting sites quickly perked their metaphorical ears and went on to introduce betting for League of Legends tournaments. This is to say, that the stuff of dreams has acquired slightly more tangible dimensions, as bookies have adopted real money betting odds.

While some sportsbooks have bucked the trend of traditional gambling by introducing bets on League of Legends only recently, there have been others, which have demonstrated a wholehearted commitment to eSports, putting a special emphasis on the segment.

In several ways, LCS stands out ahead of the pack of similar semi-professional leagues. It offers live streams to all games (another fillip to bettors poised to make a killing), and associated bets and odds are proffered. Caveat emptor, though, as those official League of Legend stakes may prove a tad erroneous and chance-takers are somewhat advised to trust their own intuition and draw from their familiarity with the game before placing a LoL bet.

League of Legends gambling offers a motley bunch of opportunities to those who have been invested with the game’s development and remained vigilant to the subtle signs the community has sent through its tremendous transformation from a small-time MOBA game into a full-blown competitive sport, overflowing the banks of any conceivable forecast.

League of Legends World Championship or where it is all kicking

Now the lumbering giant League of Legends World Championship, where professionals battle over a prize pool that would make fans seriously regret not skiving from school on regular basis, has the limelight. The prize pool soared to a good solid $2,130,000 and additional fans contributions, and fans did not stint.

A close parsing of the data shows that everyone on either side of the spectator-player spectrum is also inclined to the odd act of generosity so that they may boost earnings for the team they root for. The march of South Korean teams has been inexorable. SK Telecom T1, the Seoul-based team sponsored by the namesake telecoms, has taken the event by storm in recent years, sending rival teams to desperation and whipping up interest in various topics across League of Legends official boards on what makes a good team excel and other lag. Surely not their nationality.

While the intricacies of Korean playing style have held fascinations in the minds of many, bookies have been trying to adapt their odds with LoL betting sites scrambling for purchase in a world where the next big thing emerges from the recesses of the Internet like an ancient leviathan.

So, with the sluicegates opened and betting in full spate, bookies have been trying to demarcate between various types of bets.

As we have spoken previously, League of Legends has started small and hit many a snag. But so have all electronic sports. For the most part, eSports have been propelled by each game’s respective community, and the unflagging determination of a handful of outspoken proponents. In our article Call of Duty More Bang for your Buck, we briefly discussed the strange phenomenon of how video games have come to be. There was certainly no small amount of banging at some point, but that is beyond the matter at hand here.

Since its first shy steps, League of Legends and associated betting has grown exponentially. An overview of all events on offer in 2017 would leave the reader rather perplexed and in all eventuality – busy gleaning for bits of info on the Internet.

With the proliferation of such events, LoL betting has also picked up. Betting odds for those tournaments offer ample opportunity for LoL-savvy individuals to bring in a tidy profit. Again, without additional literature, only those most intimately familiar with the innings of professional players would stand the most chance of making a killing.

In a separate review, we recommended that certain caution is exercised when setting great store by sportsbooks. The popularity of the game will allow punters to visit countless LoL betting websites where a mint may be available to those astute individuals with highly-developed gut feeling.

When placing a bet do not overtrust your sportsbook. Good as those may be, they still heavily rely on raw statistics failing to account for anything outside the stream of numbers that may have affect player’s performance.

Business is booming where League of Legends is concerned and LoL betting websites are pricking their ears to this. The game’s popularity has set off to concur new heights, with events extending their reach and sponsors clamoring for the opportunity to have their logos displayed at events that easily beat any Super Bowl audience and the number of online audience skyrocketing well above a Presidential inauguration.

League of Legends gambling will be an increasingly lucrative business, and as sports books are fighting legislation for laxer rules on carrying out this type of operations, more people will stand a chance to enjoy their favorite game while accumulating profit.